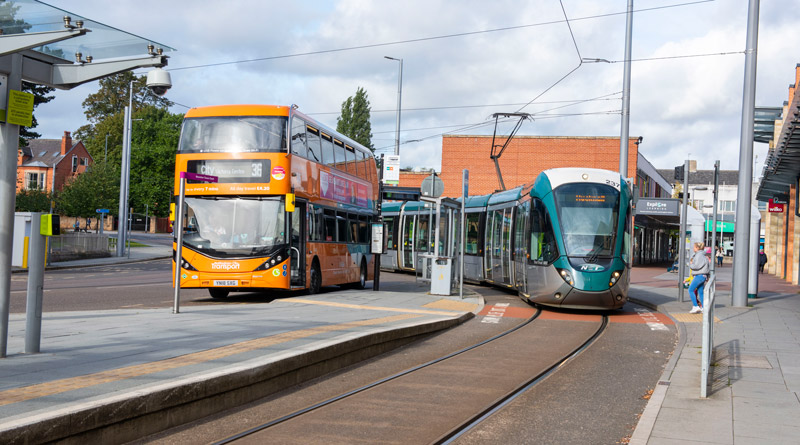 It is a decade since Nottingham City Council introduced Europe’s first Workplace Parking Levy which has helped to improve the city’s transport network at a pace that hasn’t been possible in other parts of the UK, according to a new report.

It is still the only European city with a WPL, and Nottingham says its public transport remains the envy of other cities as recognised in awards including a recent ‘Parking for a Better World’ title at the British Parking Awards.

A new impact report assesses how the WPL has changed the city and the benefits it has brought to Nottingham.

Since its introduction back in 2012, the WPL has directly raised more than £90million for sustainable transport in Nottingham by placing a levy on workplace parking spaces at employers with eleven or more spaces. The scheme was introduced to tackle congestion growth by offering high quality, affordable and reliable alternatives to driving into the city and acting as an incentive for employers to manage their workplace parking. Money raised by the scheme, which the council says has enjoyed 100 per cent compliance from day one, is ring-fenced for public transport or active travel improvements.

The new impact report shows that in 2007, congestion was costing the local economy £160million a year, and the WPL has played a part in constraining congestion growth by 47 per cent, saving the city more than £15million per year, with local businesses receiving direct benefits of around £7.7million per year.

The levy has also helped to improve air quality, contributing towards a 58 per cent reduction in CO2 emissions since 2005 and negating the need for a chargeable Clean Air Zone. Nottingham has an ambition to become the first carbon neutral UK city by 2028.

Nottingham City Council portfolio holder for highways, transport and parks, Audra Wynter, says: “As the Workplace Parking Levy celebrates its tenth anniversary, we can look back with pride at how it has revolutionised how people travel around Nottingham and connected our residents with jobs, education and healthcare.

“From a seedling of an idea that set out to tackle congestion growth in the city, the WPL has now transformed into a core part of the transport landscape in Nottingham. It has served as a catalyst for change, inspiring pioneering transport solutions and we’re proud of how our local businesses have risen to the challenge to affect change.”

Nottingham has one of the highest levels of public transport use outside London, with over 40 per cent of journeys into the city centre made by public transport pre-pandemic – well above the national average. The city also has e-scooters and bikes for rent, segregated cycle lanes, a dedicated ultra-low emission vehicle lane, comprehensive real-time public transport information, nine park & ride sites, a new central bus station, 18km of bus lanes, traffic light priority on all bus corridors and the council’s own fleet is over 50 per cent electric.