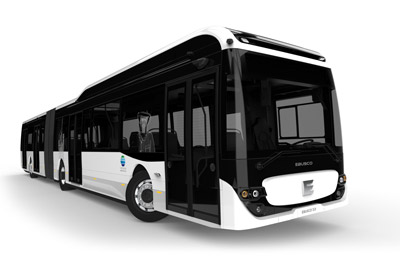 A contract signed in February this year contained three options which Métropole Rouen Normandie has now decided to exercise in the order for 76 buses.

Peter Bijvelds, CEO, Ebusco, says: “We are delighted with Rouen’s confidence to convert the option into a firm final order. We will continue the path initiated by bringing our innovations to the region and the whole of France as the biggest bus market in Europe. Ebusco and Metropole Rouen Normandie continue to join forces to demonstrate the benefits of an all-electric transport network in France.”

Jean-Francois Chiron, managing director France, Ebusco, adds: “It fills us with pride to accompany the Norman metropolis of Rouen in its strategy to massively decarbonise its public transport.”