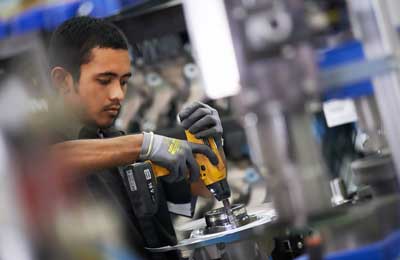 Engine and transmission manufacturers are continuing to develop new solutions for their bus and coach ranges. Steve Banner reports.

What with National Express Group pledging not to buy any more diesel buses for its UK operations, and the world’s first hydrogen-powered double-deckers set to appear in Aberdeen shortly, one might be forgiven for concluding that the diesel engine is dead. Clearly its prospects are by no means rosy – but it is not finished yet.

Engine development is continuing apace, with Cummins among those manufacturers leading the charge.

Last year it announced that it had come up with diesels certified to Phase-D of Euro VI, which came into force on 1 September. The B4.5, B6.7 and L9 engines with a 150hp to 400hp power spread for bus and coach applications are being built at the company’s Darlington, County Durham plant after a two-year development and test programme.

More stringent than its predecessors, Phase-D focuses on achieving lower NOx emissions during low-speed urban journeys and when vehicles are started from cold.

In addition to verification in an emission test cell, compliance with Phase-D requires on-highway testing to see how an engine performs in the real world. Cummins says that such testing carried out on buses powered by its products has indicated a 25 per cent cut in NOx output compared with the Phase-A engines which appeared when Euro VI was introduced back in 2015.

Cummins has been able to achieve Phase-D without any physical alterations to its products or the emission control equipment they employ.

“To achieve Phase-D we focussed on the emission control logic and developed a new algorithm for the management system,” explains Cummins director, on-highway business Europe, Ashley Watton. “By refining and retesting the software over a two-year period we were able to avoid making any hardware changes to the engines or their exhaust after-treatment.”

At this year’s Busworld Turkey exhibition Cummins unveiled Euro VI Phase-D 2.8-litre and 3.8-litre F Series diesels. With power outputs of from 129hp to 188hp, they are suitable for installation in mini- and midi-coaches.

The way in which their combustion and after-treatment systems have been designed means that they do not have to be fitted with exhaust gas recirculation. Their architecture is simpler as a consequence, and cooling demands are lower.

While continuing to make its engines more environmentally-friendly, Cummins is acutely aware that diesel’s role as a power source is set to diminish as the years roll by. As a consequence it has been working on alternatives.

“As electric vehicles gather momentum in the public transport sector, designing batteries with faster charging and a longer range will be a breakthrough technological shift, and doing so in a form that meets regulatory requirements and at a competitive price is a vital step for the industry,” says vice president of electrified power, Julie Furber.

Also featured at the show was the new Cummins Integrated e-Drive, which combines the motor, transmission and inverter into a single package designed to reduce weight.

Returning to diesel buses and their powertrain requirements, ZF’s latest EcoLife 2 automatic transmission is said to be capable of delivering fuel savings of up to 3 per cent and has a stop-start capability. The global giant is developing major components for electric buses too.

“Diesel still has a place for a period of time, but the future is going to be fully electric, and zero emission is our goal,” says head of commercial vehicle, UK and Eire, David Wakeling.

The company has come up with a package that includes its CeTrax electric central drive plus its AVE 130 electric portal axle which it says can be dropped into existing platforms without the need for them to undergo major structural changes. Cetrax can handle power outputs of up to 402hp and torque of up to 4,400Nm.

Now with a 6,500sq m workshop area, ZF Services UK’s Centre of Competence in Nottingham has been busy putting its own technicians and those who work in its service partner network through high-voltage training. At the same time it is continuing to ensure that bus and coach operators who rely on its conventional transmissions receive the aftersales support they need, says Wakeling.

“We do a lot of remote health checks on vehicles using their telematics and we’re tracking our products for up to eight to ten years,” he reports. “That means we can see the sort of failures that occur, and can learn from them.”

“When we connect to a bus or coach everything goes back to a cloud-based German database,” Wakeling observes. “The days when we took a bag full of spanners out to a vehicle have gone.”

Like ZF, Allison has realised the advantages of having an electric powertrain available which can be slotted into existing chassis without the latter having to undergo extensive modifications. Its ABE Series integrates dual electric motors, oil coolers, pumps and all the related electronics.

Again like ZF, it has an electric axle in its product portfolio.

Elsewhere, Voith has developed an electric drive which has been installed in three Solaris Urbino 12 buses operating in Germany. Powered by 340kW electric motors, the vehicles have a range of up to 125 miles says the manufacturer.

The package is scheduled to go into series production in mid-2021 says Voith UK sales and marketing manager, John Domigan, and the company is talking to a number of bus builders about offering it.

“We could hopefully be seeing it in the UK,” he says.

At the same time Voith is continuing to develop its conventional DIWA bus automatic gearbox. A new version has been introduced – the DIWA NXT – with an optional 48v mild hybrid system available.

“The new box should be here in the first quarter of 2021, although that will of course depend on the impact of the coronavirus outbreak,” Domigan says.

The latest DIWA will feature an optional extra overdrive gear, which he hopes will help Voith make inroads into the coach market.

Amid all the talk about alternative fuels, it should never be forgotten that buses and coaches are expensive assets that can remain in service for many years, and may pass through the hands of three or four operators before being scrapped.

An environmentally-correct mid-life makeover could involve replacing an engine and gearbox with an electric motor and a battery pack. However it is an expensive exercise, and one which may be difficult to justify if it involves a vehicle which has already seen several years of service.

Rather more appealing to some operators suggests Allison is to keep the engine but retrofit the bus with a more up-to-date automatic box as a key plank of the makeover.

Last year it published the first results of a 15-month ongoing trial of an ADL Enviro200 operated by Go-Ahead London which had been retrofitted with Allison’s xFE transmission hardware and FuelSense 2.0 software.

They replaced an Allison T 2100 box and first-generation FuelSense leading to a fuel saving of up to 7.13 per cent. The across-the-seasons average saving was 4.37 per cent.

“This is a realistic and rigorous trial on the roads of one of the world’s biggest cities,” says Go-Ahead London engineering director, Richard Harrington. “We’ve been interested to see how operators can choose their own balance between fuel economy and performance through configuration of the transmission software, and we’ve been impressed by the fuel savings too.”

“We’re handling a number of inquiries about this retrofit package and we’re currently undertaking another trial with a Midlands-based operator,” says Allison area director, UK and Ireland, Ashley Brooks.

The Midlands exercise involves an Optare Solo used on mixed urban/rural work. “We’re seeing better results from it than we did from the London trial, but the trial isn’t finished yet,” says Allison’s UK bus and coach market development manager, Jade Noble.

Allison’s retrofit programme should pay for itself within a year, she believes.

While interest in electric buses is undoubtedly rising in London and in some of the major provincial cities, many operators elsewhere in the country believe they have from five to ten years before they need to make the switch says Noble.

“Despite the growing interest in non-diesel alternatives there are a lot of buses out there that have a lot of life left in them,” Brooks says. “They are not going to be replaced overnight, for cost reasons if nothing else, and can be driven much more cleanly with an xFE transmission while reducing their total cost of ownership.

“It’s an easy way for fleets to reduce their overall CO2 emissions.”