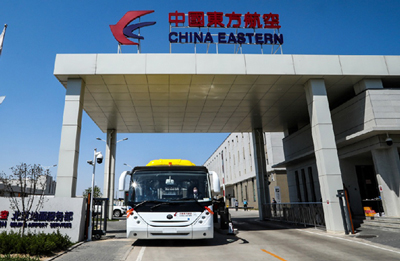 Yutong has delivered 12 electric airport buses to China Eastern Airlines, representing its largest single order for the sector to date.

The ZK6140BEVBD electric buses will be put into operation at Beijing Daxing International Airport.

Yutong started developing airport buses in 2006 and sold its first products in 2008. To date, it has delivered more than 600 units to customers, including exports to Europe, the Middle East, Latin America, Africa, Asia and CIS.