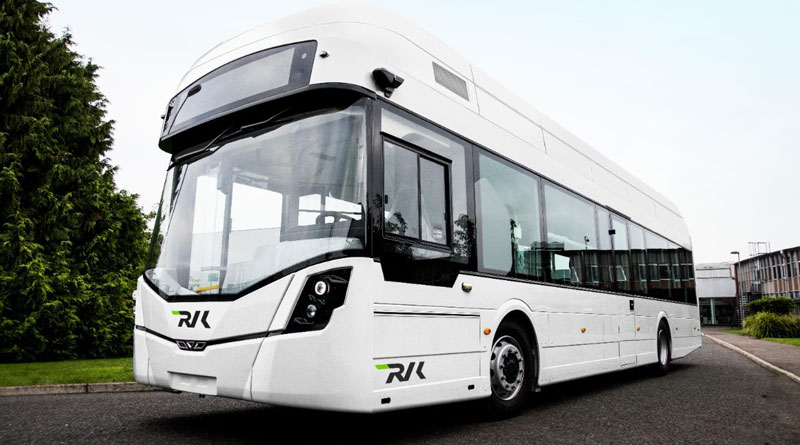 Wrightbus has signed a deal with German bus operator Regionalverkehr Köln (RVK) to supply up to 60 Kite Hydroliner single-deck buses over the next two years. The RVK order follows a deal with Australian bus body builder Volgren to supply hydrogen power trains.

The buses for Cologne will be the first integral left-hand drive vehicles that Wrightbus has made and exported since Jo Bamford acquired the firm out of administration in 2019. All of the buses will be fully built at the Wrightbus factory in Ballymena.

RVK, which operates bus services in Cologne, claims to have the largest fleet of hydrogen fuel cell buses in Europe.

Wrightbus executive chairman, Jo Bamford, says: “This deal is a significant one for us in many ways. Not only is it our first European order since I took over, but it’s also our second international deal in quick succession and it shows that Wrightbus has a huge part to play on the global stage.

“RVK already has a substantial hydrogen fleet so for them to order from Wrightbus and recognise us as a leader in the sector is hugely gratifying and a testament to the reputation we’ve built up in the zero-emission sector.”

RVK managing director Marcel Frank adds: “We have currently received federal funding to expand our hydrogen bus fleet by 2025. The combination of the most economical offer with a robust service concept is the reason why we placed the order with Wrightbus.“