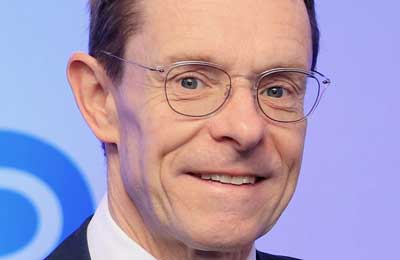 West Midlands mayor Andy Street is calling on the government to accelerate critical transport funding to help re-boot the region’s economy after the coronavirus pandemic.

The chancellor Rishi Sunak announced a £4.2billion devolved transport fund for the UK’s combined authorities, meaning, if split equally, the West Midlands would be guaranteed at least £500million  – the largest single devolved sum it has ever received.

The cash was due to be released in the 2022/23 financial year, but in a phone call with the prime minister, Andy Street called for that funding to be brought forward in the wake of the economic damage caused by the coronavirus.

The mayor points out that plans have already been drawn up and several shovel-ready schemes are just awaiting funding, and that transport investment is seen as a critical part of the recovery.

Street says: “It is encouraging news that thanks to the hard-work and responsibility of so many people across the West Midlands we are now through the peak of the virus and beginning to think about how we exit what continues to be a very challenging lockdown period.

“The government has already committed funding to transport but we want to bring that forward and we also want to see investment in several other key sectors in the region, not least digital infrastructure and the automotive industry’s push towards electric and autonomous vehicle technology.”