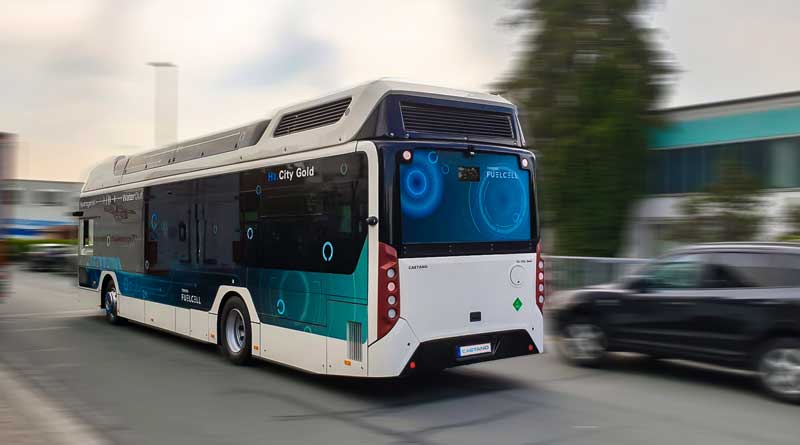 Transports Metropolitans de Barcelona (TMB) has ordered eight 12m hydrogen buses from Caetano for delivery by the end of 2021. TMB is the leading operator in Barcelona and has a fleet of more than 1,100 buses on 102 different routes.

It is currently working towards the modernisation of its bus fleet through the procurement of zero emission vehicles.

And together with Zona Franca Consortium, TMB plans to build a new facility for the production, storage and refuelling of hydrogen which will be the first hydrogen filling station of its kind in Spain. As well as supplying Caetano’s fuel cell buses, the plant may be opened to other fleets and private fuel cell electric vehicles.

“We are very glad to support the project of TMB and Zona Franca Consortium towards a more environmentally-friendly fleet and we look forward to deliver these hydrogen buses to Barcelona.”

The three-door H2. City Gold units will be equipped with Toyota fuel cell and will offer a range of more than 400km with capacity for 94 passengers, according to Caetano.

The new buses’ safety features include a video surveillance system, a camera monitoring system to replace traditional wing mirrors and Mobileye’s Shield Plus to avoid dangerous situations for pedestrians and cyclists.