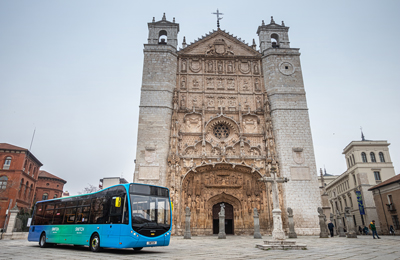 Switch Mobility is establishing a new manufacturing and technology centre in Castilla y León, Spain. With a presence already in the UK and India, the new facility will extend Switch’s footprint as part of the company’s global plans.

This is the company’s first facility in continental Europe and will see it invest around €100million over the next ten years.

The hub will comprise two production lines and is expected to see the first buses produced in Q4 2022. With an initial focus on the manufacture of net zero carbon electric vehicles for the European market and R&D of Switch’s next generation of electric buses and light commercial vehicles, the site will also have capacity to serve markets further afield, including South America. Andy Palmer, executive vice chairman and CEO of Switch Mobility, says: “We are delighted that Switch is today launching its first site in continental Europe in the province of Valladolid, Spain where we will benefit greatly from the region’s abundance of talent. Supporting our well-established sites in the UK and India, our Spanish facility will provide us with crucial access to the European market.”

In keeping with Switch’s zero carbon philosophy, all operations will be powered entirely by renewable energy and a state-of-the-art energy monitoring and management system will be installed. Carbon neutrality will remain a priority during the construction phase, with materials sourced from suppliers with credible net zero policies and sustainable commitments and logistics operated by electric vehicles wherever possible.

Switch says the facility will generate significant economic benefit to surrounding communities, creating up to 2,000 talented direct jobs and around 5,000 indirect jobs. Construction of the new centre starts this month.