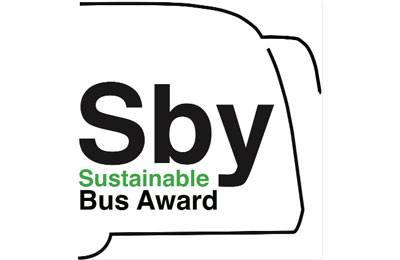 The award ceremony for the Sustainable Bus Award 2022 will be held in a digital presentation on 19 November, with the support of Busworld managing director Mieke Glorieux. It will be the fourth edition of the prize which focuses on the most innovative and sustainable buses and coaches launched in the European market.

“The bus and coach industry can play a more active role in climate change measures,” says Glorieux. “Not enough people, especially outside our industry, are aware of this. Busworld fully supports the initiative of SBY that wants to make this more obvious. Therefore it wants to assist SBY in spreading the message via its global Busworld platforms.

The award is split in to the following categories: Urban, Intercity, Coach. Among city buses, the challenge this year will be between three battery-electric vehicles: Irizar ie bus, MAN Lion’s City E and Solaris Urbino 15 LE Electric.
In the ‘Intercity’ segment: the finalists are the new version of the Mercedes Intouro, the Scania Interlink LNG and the Isuzu Kendo CNG.