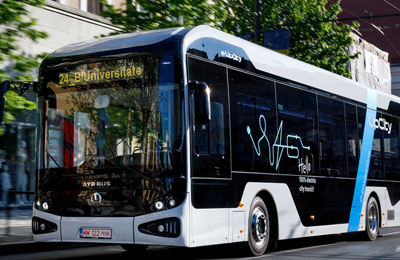 In Târgu Mureş, the prototype was tested for two weeks  and operated for free on main city lines. It has a range of at least 200km, according to ATP.

The e-UpCity prototype has a total of 83 seats, but the number can be expanded to 95, and a length of 12.18m. ATP says the bus’ range can be upgraded to reach 360km and charging time is three to five hours.

Mircea Cirţ, president of ATP Group, says: “Feedback from the cities where the prototype was tested was good. The goal is to test it in as many cities in Romania as possible by the end of the year in order to collect data to evaluate it properly.”