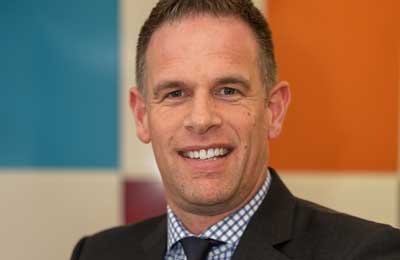 Alexander Dennis has confirmed that it has begun formal consultations on its previously announced restructuring programme in response to the significant fall in demand for new buses and coaches in the wake of the coronavirus pandemic.

Since its earlier announcement on 27 July of a restructuring programme that puts up to 650 jobs at risk across all of the company’s UK facilities, ADL says it has continued its dialogue with the UK and Scottish Governments and other stakeholders but has so far seen no sign of any funding to support operators to place orders.

The restructuring programme is designed to adjust current capacity and will follow experience of vertical integration at ADL’s facilities in North America and the Asia Pacific region, where building chassis and body on the same site has shown efficiencies in terms of output, time, cost and co-ordination. ADL is moving chassis production from the former Dennis plant at Guildford to its Falkirk factory. It says this will impact around 200 employees in manufacturing and operational support roles at Guildford. Some operations will continue at Guildford however including engineering, test & development and aftermarket.

“The Dennis brand is of huge significance to the company, with its proud history and heritage of automotive innovation dating back to its inception in 1895,” says ADL president & managing director Paul Davies. “We will fight hard to protect this legacy and will continue to invest in our chassis product range, which will continue to be engineered in Guildford.”

The changes will also mean the potential loss of 90 production jobs in Scarborough and a net reduction of 160 manufacturing roles in Falkirk, despite chassis assembly being transferred to that site.

And a further 200 roles will be affected in support functions across all UK sites. ADL is actively seeking voluntary redundancies to reduce the number of compulsory job losses.

“We have no choice but to implement these tough decisions to protect the company’s future health,” adds Davies. “We remain confident that the situation will improve in time, and we are well placed to take advantage when that happens, but right now we have to adjust to our new economic reality.

“We continue to call upon the UK and Scottish Governments to urgently introduce meaningful support to facilitate demand for new buses and coaches, not only to prevent further damage to UK bus and coach manufacturing that could threaten additional production sites, but to help build back better with a green recovery that delivers cleaner air for our towns and cities.

“The installed UK fleet is currently approximately 50,000 buses and 21,000 coaches with an average age of nearly 11 years. Further, only 0.1% of the total fleet are electric, which provides opportunity for massive reduction of the environmental footprint.”