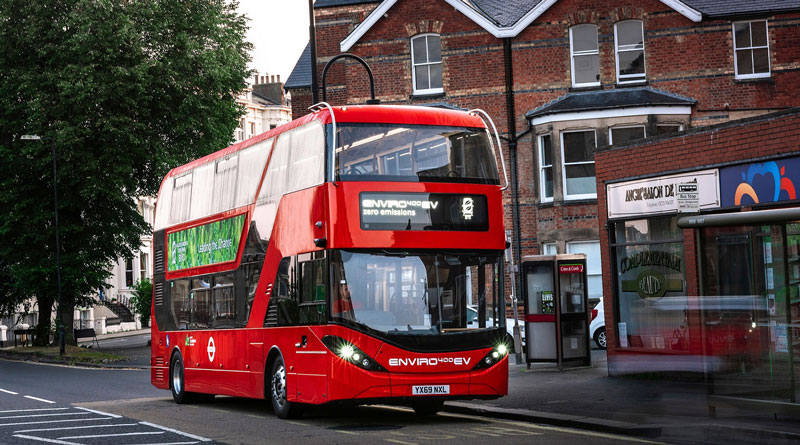 With the order, RATP Dev London is supporting TfL’s electrification plan for London’s bus network, a key objective of the mayor’s transport strategy for 2018, under which all TfL buses will be zero emissions by 2037, with all of London’s transport becoming emissions free by 2037.

The record order comes as the BYD ADL partnership continues to go from strength to strength, just five years after it was launched.

In London alone, more than 400 BYD ADL electric buses have cumulatively covered over 20 million zero-emission miles, and another 300 vehicles are on order including this latest intake for RATP Dev London.

The latest order will make RATP Dev London the largest operator of electric buses in London by the beginning of 2022, with close to 25 per cent of its London United and London Sovereign fleet fully electric.

Deliveries of RATP Dev London’s latest BYD ADL fleet will begin in the summer. 68 BYD ADL Enviro200EV single-decks – including 21 compact 10.2-metre models – and 127 BYD ADL Enviro400EV double-decks will be based at RATP Dev London’s Fulwell, Harrow and Shepherd’s Bush depots to serve routes in the west of the capital. The buses will join 36 existing BYD ADL single decks in service since 2018 and 29 BYD ADL double-decks delivered last year.

“By the beginning of 2022, we will operate 15 zero emission routes and have five of our garages converted to electric. This agreement will help RATP Dev London position itself as the leading electric bus services provider in the city. We are proud to work hand in hand with TfL to help London achieve its sustainability goals.”