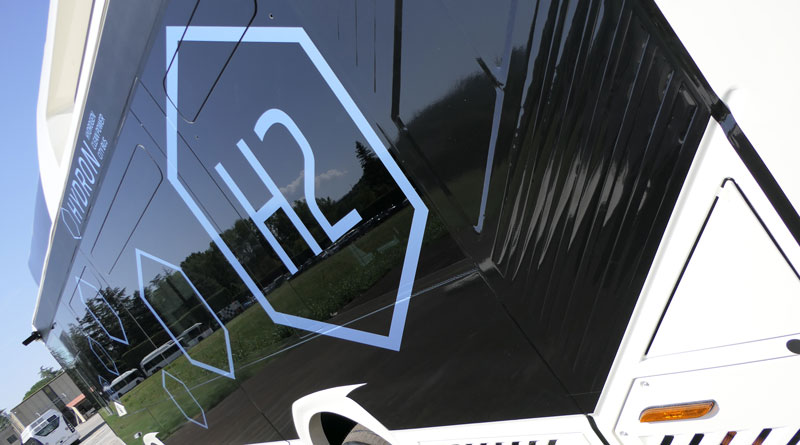 Italian manufacturer Rampini has produced the first hydrogen bus completely made in Italy, which has been built and designed in Umbria. The new Hydron is an 8m-long hydrogen bus, with capacity for up to 48 passengers and a range of 450km.

“A few years ago we made a precise and, for the time, counter-cultural choice: not to build diesel buses anymore,” says Fabio Magnoni, general manager, Rampini. “A choice made at a time that raised in the industry quite a few doubts. The range of products we have now presented is our pride, the result of investments in research and innovation and the testimony that Italian industry is alive and capable of expressing excellence.

“Being sustainable, in fact, is not only a competitive factor, but it is a way to be able to exist in the market and look with confidence to the future of an industrial production.”

Alongside the Hydron, Rampini has unveiled two new zero-emission bus models, Sixtron, a 6m electric bus designed to meet transportation needs in small historic towns and cities, and Eltron, an evolution of the E80 model, the first electric bus built by Rampini.

Sixtron can transport up to 31 passengers, having a range of about 250km, and is designed to work non-stop, all-day, in urban operation. The first Sixtron bus is already in use on the island of Procida, this year’s European Capital of Culture.

The Eltron model follows years of testing, and has been sold in Italy and several European countries since 2010. Eltron has distinctive technical features including a narrow width, three doors, and a range of more than 300km.

The public launch of the new hydrogen bus and the range of electric buses takes place this month at the Next Mobility Exhibition in Milan.