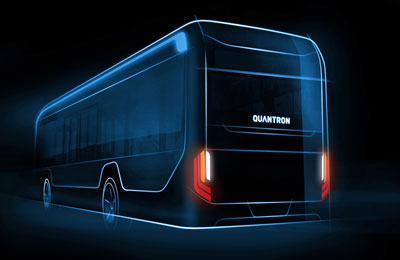 German manufacturer Quantron is expanding to North America where it will offer its commercial vehicles with hydrogen fuel cell drive and battery electric drive as well as retrofit packages. The company has established Quantron US Inc. and appointed Richard Haas as its CEO, while targeting to achieve 50 per cent of its turnover in the North American market by 2025.

Michael Perschke, CEO, Quantron says: “The foundation of a subsidiary in the US is an important step towards our goal of putting zero-emission vehicles on the roads globally. In Europe, close to 100 vehicles converted by Quantron are already successfully in use. We see potential for the USA in the early years of a triple-digit volume annually. I am very pleased that Richard Haas, with more than 40 years of multicultural experience in the mobility industry, will be joining us as president and CEO for Quantron US.”

Prior to joining Quantron, Haas was president and CEO of automotive start-up Mahindra Automotive North America, launching a new assembly plant in the Detroit area. Before that, he was director of engineering for the Tesla Model S and worked for Ford Motor Company.