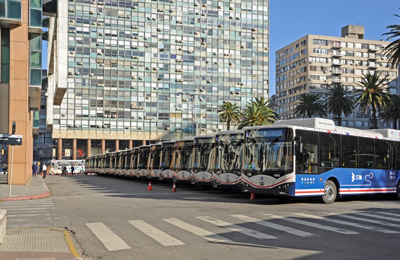 The delivery of 20 buses follows earlier trials with CUTCSA and local and national authorities with BYD’s first bus imported in 2013.

“CUTCSA and transportation in general are continuously looking toward the future, as we know there are better times to come and we cannot stop implementing initiatives that, in the future, will be good for all of the transportation and the city,” says Juan Antonio Salgado, president, CUTCSA. “The electric buses will help electrify 100 per cent of the vehicles used today along the CA1 and D1 lines that circulate in central areas of Montevideo City, significantly reducing noise and air pollution.”

Luis Lacalle Pou, Uruguay president attended the launch ceremony, noting that the project helps build greater sovereignty, especially for a country like Uruguay that is not an oil producer but is a strong power generator.