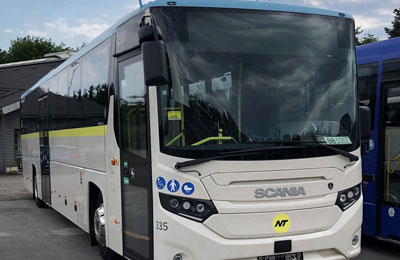 Keolis has begun operating two bus networks in Denmark’s Northern Jutland region running predominantly on renewable energy. The €190million contract was awarded to Keolis in December 2020 by the Public Transport Authority Nordjyllands Trafikselskab to operate and maintain 77 buses, 67 of which run on renewable energy, for 10 years. They will serve a population of 500,000 in the city of Aalborg and surrounding towns.

Keolis’ international CEO Bernard Tabary says: “Our partnership over the past 13 years with Nordjyllands Trafikselskab has delivered a strong performance by offering a reliable and safe service for passengers, which we look forward to continuing. We take great pride in reducing emissions and creating a cleaner and healthier environment for Northern Jutland’s inhabitants and visitors”.

The two networks in Northern Jutland will provide services to the 500,000 inhabitants in Aalborg, the region’s capital, and the surrounding towns. The networks consist of 25 lines and will connect the city with a university, a major hospital due to open in 2022 and an airport for domestic and international flights.