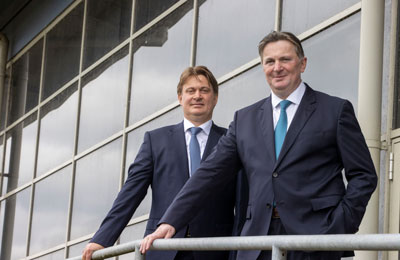 A new £15million investment in electric buses has been announced by McGill’s, the UK’s largest independent bus operator. The  latest order for 33 new EVs from Pelican Yutong follows a £17.5million investment announced last month for 22 Yutong E12 vehicles and with BYD/ADL for 12 double-deck buses and one single-deck.

As part of its investment, McGill’s has also ordered further electrical charging infrastructure for its depot in Inchinnan.

The electric buses and infrastructure will be delivered in the second half of this year, in advance of the COP26 conference. McGill’s investment is supported by the Scottish Ultra Low Emission Bus Scheme, and the operator reports that it is also in advanced talks with a variety of partners to bring 12 Hydrogen buses into the business in the next 12 months.

The new fleet purchase takes McGill’s capital investment since 2014 to more than £65million – around £55million of which has been spent on new vehicles.

James Easdale, co-owner and chairman of McGill’s Group, says: “We’re thrilled to be making this further investment which will bring our total fleet of all-electric vehicles in the west of Scotland and Dundee to 68.

“Notably, these will be delivered before COP26, significantly in advance of other operators who have placed orders. We have a strong record of investment in McGill’s and this will continue in years to come.”

Ian Downie, head of Yutong UK, adds:, “Pelican are delighted to receive this award from McGill’s for our state of the art, market leading product. This is our largest order to date in the UK, and as well as our joint largest order in Europe.

“This significant investment will mean that McGill’s will have one of the largest percentage of their fleet as zero emissions in the UK, and make a real statement of intent to the citizens of Renfrewshire and Glasgow on the decarbonisation of passenger vehicles.”