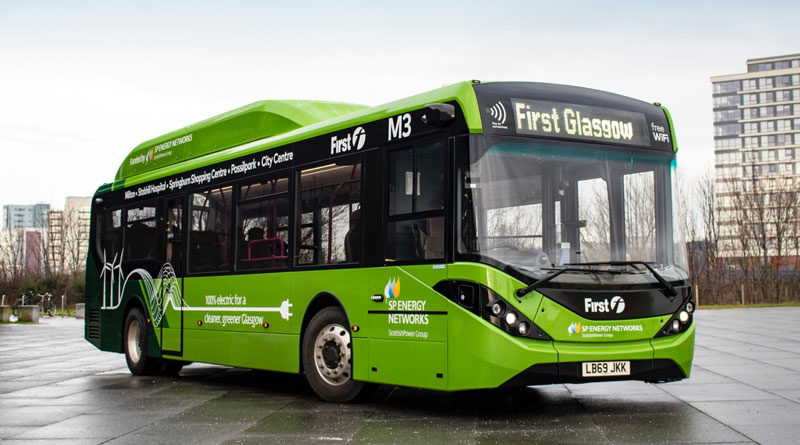 The government has announced an ambitious plan to invest £5billion over a five year period in local transport outside London targeted at buses and cycling. The full details of the plan will not be known until the government fulfils its commitment to publish a National Bus Strategy, but the government says it is likely to involve support for at least 4,000 new zero-emission buses and significant investment in bus priorities.

The latest announcement follows follows the allocation of £170million the previous week to support an all-electric bus town, enhancements for rural mobility and trials of new ‘Superbus’ services.

Prime minister Boris Johnson says: “Local transport connections have a truly transformative role to play in levelling up infrastructure across the country. Our daily journeys for work or leisure are about so much more than just getting from A to B – they are the key to accessing skilled jobs and opportunities, boosting businesses and unlocking economic growth for towns, cities and regions across this country.

“That’s why improving connectivity by overhauling bus services and making cycling easier than ever is such an important step forward, to make sure every community has the foundations it needs to thrive.”

In addition to new zero emission buses, the package of investment will include support for higher frequency services, including evenings and weekends, more ‘turn up and go’ routes where people won’t have to rely on timetables to plan journeys, new bus priority schemes, and “more affordable, simpler fares”.

The earlier announcement on 6 February, heralded the launch of expressions of interest for £50million for an all-electric bus town; £20million for a rural mobility fund; £70million for a ‘Superbus’ network of low fare high frequency services; and £30million to restore services that had been withdrawn. The total of £170million was part of £220million announced in September 2019 as part of A Better Deal for Bus Users which included other commitments such as a roll-out of contactless payment systems.The schemes apply to England only, apart from zero emission buses which would also include Wales.

Go-Ahead chief executive David Brown says: “We have been calling for a National Bus Strategy and this announcement is great news for improving bus priority and reducing congestion across the country. We anticipate it leading to more services at weekends and evenings, and accelerating the shift to cleaner, greener buses.”

And the Campaign for Better Transport welcomed the news as  “a significant step change from the Government”.  Darren Shirley, CBT chief executive says: “Appropriately allocated, this funding should help to improve air quality and drive down carbon emissions by supporting the transition to zero emission vehicles; reduce fares and speed up journey times; and restore lost services and routes that have left many communities disconnected.

Responding to the Government’s announcement CPT chief executive Graham Vidler says: “This is welcome news for bus passengers and a strong statement of support for the role of buses in tackling environmental, social and economic issues.

“It is vital that this funding is used to make sustainable, long-term improvements to bus services. We’ll be working with Government to ensure investment is focused on tackling congestion and supporting the bus industry’s bold plans to transition to zero emission vehicles.”

Claire Haigh, chief executive of Greener Journeys says the announcement demonstrates that the prime minister is genuinely committed to buses but is calling for further reallocate of funds and new fiscal measures.

“Bus investment supports jobs and UK manufacturing and delivers genuinely inclusive and sustainable growth,” says Haigh. “ A 10 per cent improvement in bus service connectivity is associated with a 3.6 per cent reduction in social deprivation. But if we need to go much further if we are to tackle the climate crisis.  A double-decker bus can take 75 cars off the road.

“Instead of building new roads we must better use of our existing road network through demand management measures such as the work place parking levy and road pricing schemes. Fuel duty must be increased in next month’s Budget.  The freeze since 2011 has caused there to be 4 per cent more increase in traffic, 4.5 million tonnes of CO2, 200 million fewer bus journeys and 60 million fewer rail journeys. The money raised from increasing fuel duty should be ring-fenced to accelerate the switch to electric vehicles and to encourage greater use of public transport.”