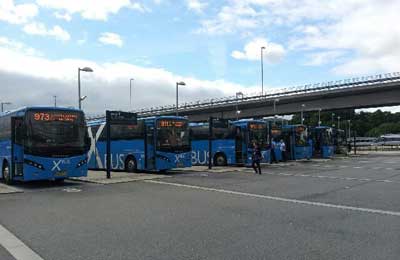 Keolis has been awarded a bus contract worth €190million by Nordjyllands Trafikselskab, the public transport authority of the Northern Jutland region in north-western Denmark. The contract will start in August 2021. The group will operate and maintain a total of 77 buses, including 67 fossil-free vehicles, and serve a population of 500,000 in the city of Aalborg and nearby towns.

“We are pleased to deliver high-quality, largely fossil-free transport to the people of Northern Jutland – and particularly proud of the trust the region’s public transport authority has placed in us by renewing our contract and adding a new one to the mix,” says Bernard Tabary, CEO international, Keolis Group. “A greener planet is everyone’s responsibility, and we will continue to play our part.”

The network features 25 lines, one main depot and 14 smaller ones, for parking, washing and refuelling vehicles. The 77 buses, including 65 new Scania-made buses, will travel nearly 10 million kilometres a year, with 67 running on renewable energies.