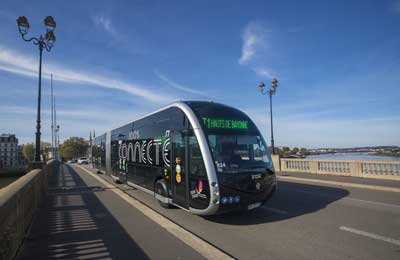 The new line is 10km long and features 24 stations and seven electric vehicles which will carry approximately 90,000 passengers per month. This new line will increase the transport offer by 25 per cent due to additional frequency with the objective of increasing ridership by 50 per cent.

With the latest investment, more than 40 per cent of the journeys on the Chronoplus network will be made on electric vehicles.

Launched in April 2021, the second e-BRT line follows the same itinerary as former bus line 2, connecting the centre of Bayonne to the centre of Tarnos in 20 minutes.

The seven vehicles, built by Irizar, are 18m long with a 150-passenger capacity, including 38 seats equipped with USB sockets.