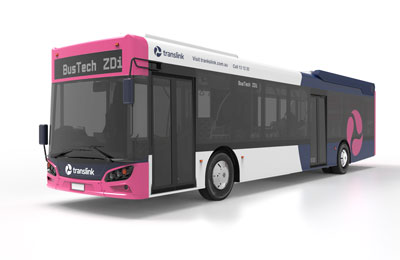 Keolis Downer is set to operate the largest fleet of electric buses in Queensland following an agreement with Queensland’s Transport and Main Roads (TransLink Division). Keolis’ Australian subsidiary will operate a 100 per cent electric bus depot, powered by renewable energy, with 16 vehicles on nine routes by 2023.

The initiative is part of Queensland’s commitment to renew its fleet of vehicles by replacing them with buses powered by alternative energies from 2025.

The new deal extends Keolis’ reach in Australia where the group was recently awarded a contract in the Sydney region to operate more than 400 buses, a quarter of which will be converted to e-buses by 2030.

The new EV network will serve around 60,000 residents in Brisbane including Upper Bayside and North Lakes suburbs, and the buses will be purchased from Australian manufacturer BusTech.

The purchase of the 16 vehicles and the work needed to adapt the depot, will cost a total of €9.7million (Aus$15.6million) and will be jointly funded by the Queensland State Government and Keolis Downer.