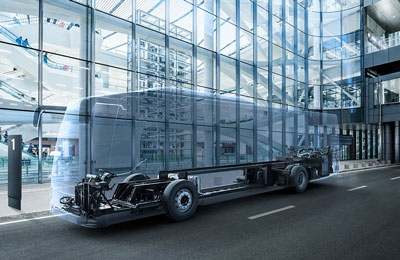 The Japanese government has responded quickly to revelations that Hino Motors has revealed cases of falsified engine data over a period of years that is believed to affect as many as 115,000 vehicles, which is double the Toyota Motor subsidiary’s annual sales in Japan.

As a result of the investigation, Hino has halted shipments of medium- to heavy-duty trucks and buses with three types of engines linked to the data manipulation.

The Japanese ministry of land, infrastructure, transport and tourism said that there was an illegal act in a national examination to confirm the exhaust gas performance and fuel efficiency of engines for trucks and buses. It said this damages the trust of users and shakes the foundation of the automobile certification system.

The ministry has instructed Hino to carry out a detailed investigation of the facts and study measures to prevent recurrence, and to produce a prompt report.

The Hino revelation follows earlier emissions data scandals in the automotive industry, which has involved Volkswagen, Mitsubishi Motors and others.

“There was a failure to handle the pressure to reach numerical targets and to strictly adhere to schedules,” admitted Hino president Satoshi Ogiso. The manipulated tests occurred at Japanese plants where Hino conducted engine tests. It is reported that in one case, an exhaust system part was replaced during testing until the desired results were achieved.

Hino decided to launch an internal investigation into possible irregularities after discovering in 2018 that vehicles bound for the North American market had engines not in compliance with U.S. regulations. It later widened the probe to include engines for the Japanese market which identified issues dating back to at least 2016.