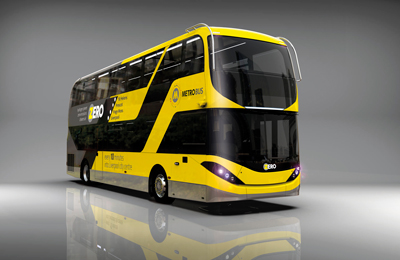 The Combined Authority is seeking to invest £1.9million from its Transforming Cities Fund into Prescot bus station to not only improve bus services and the passenger experience but also support the nationally-significant Shakespeare North Playhouse development.

The proposed measures, which would be delivered in partnership with Knowsley borough council, include public realm enhancements such as decorative streetlighting and trees as well as improving bus stops by adding tactile paving, dropped kerbs and ‘Visrail’ guardrails.

The  Green Bus Routes are designed to offer passengers faster, smoother, safer and more reliable journeys and will benefit from traffic signal upgrades, remodelled junctions, priority lanes and bus stop build-outs. The A57 St Helens to Liverpool corridor, 10A route, will be the first major route to benefit from this investment and is also soon to be served by the region’s first zero emission hydrogen buses.

Steve Rotheram, mayor of the Liverpool City Region says: “Over the last few years, Prescot has undergone something of a renaissance. The high street is bustling again, local people are spoiled for choice with some fantastic bars and restaurants and the eagerly awaited Shakespeare North Playhouse will open later this year.

“Prescot will also be one of the first places benefiting from our new Green Bus Routes, which will make journeys quicker, cleaner and altogether better. They’re a small part of my plans to make public transport across the region cheaper, faster and more reliable by developing a London-style transport network designed around the needs of local people.”