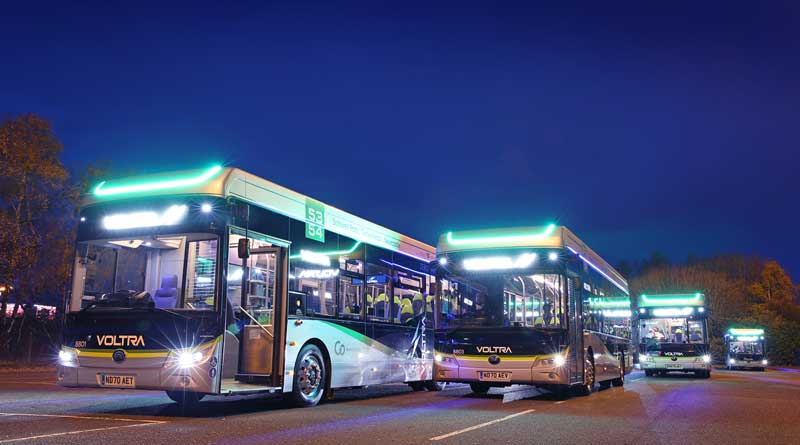 Go-Ahead has launched the first full electric bus fleet in the north east of England with a new fleet of Yutong electric buses that will provide 55,000 journeys a year to nearly two million passengers in the region.

The nine electric buses will cover 300,000 miles across Newcastle and Gateshead each year.

Go-Ahead says the move reflects its commitment to a ‘net zero’ bus fleet by 2035.

In addition, Go-Ahead is in talks regarding what it says has the potential to be Europe’s biggest ever order of hydrogen buses for operation in Crawley and Gatwick.

Transport secretary Grant Shapps backed the move, saying: “As we look to decarbonise transport while levelling up local economies across the North-East, I’m delighted to see key industry partners actively supporting our ambitions to end the UK’s contribution to climate change by 2050.”

David Brown, Go-Ahead chief executive, adds: “The Covid-19 pandemic has put an incredible strain on the country, the economy and public transport but tackling climate change remains as important as ever.

“The bus will be vital to getting Britain back on its feet, to bringing down emissions and tackling air pollution, which many experts believe has contributed to the severity of the virus we face.”

“Our investment in electric buses in the north east of England and our wider work in decarbonising our fleet signals our commitment to working with the Government to deliver their pledge to decarbonise transport.”