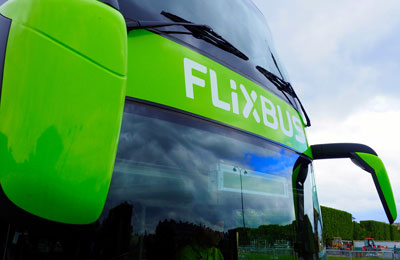 FlixBus has added new direct routes to and from London Heathrow airport and resumed international journeys to France, Belgium and The Netherlands. And following a significant domestic expansion during the summer of 2021, the network has been extended with the addition of Cambridge.

Since re-launching in the UK in April 2021, FlixBus says it has tripled its local network to meet increased demand for domestic travel. The coach travel provider offered almost 60 direct routes between almost 30 UK cities, including Bristol, Birmingham, Cardiff, Edinburgh, Glasgow, Manchester, and Sheffield by the summer high season. The latest addition to the network is Cambridge. In parallel with the start of the school year, FlixBus added the university hub to its UK destinations, providing up to three departures in both directions between Cambridge and London.

Andreas Schorling, managing director, FlixBus UK, says: “Since spring we’ve been continuously improving our new domestic offer and now we are covering numerous destinations in England, Wales and Scotland. Besides building our network within the UK, we also find it important to keep Britain and continental Europe well connected and provide affordable and sustainable mobility opportunities for international passengers. Thus, we are thrilled that in September, we could resume our cross-border operations as well.”

FlixBus has been offering cross-border journeys between the UK and continental Europe since 2016. After a pause caused by the pandemic international routes are being operated again between London and France, Belgium and The Netherlands. Passengers can travel without stopover to Lille, Brugge, Liege, Antwerp, Brussels, Maastricht, Rotterdam, The Hague or Amsterdam.

FlixBus does not own coaches or employ drivers. The business model is based on a collaboration with local small- and medium-sized companies. Earlier this summer the company announced its newly closed funding round of $650million which will be used to expand FlixBus’ offering across multiple new and existing markets with a significant share to fund the UK’s expansion with the aim to build the country’s largest network by 2025.