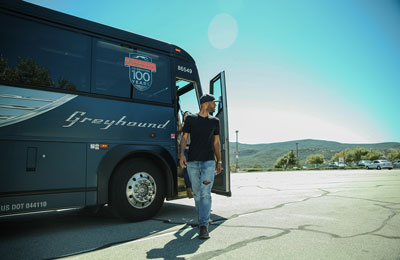 FirstGroup has announced the sale of its US Greyhound operating business to a wholly-owned subsidiary of FlixMobility as part of a divestment strategy that will see it focus on its UK public transport businesses. First says the sale is worth $172million, including $140million paid initially, with $32million in unconditional deferred consideration to be paid in instalments over 18 months.

The divestment of Greyhound follows the earlier sale of its other US businesses First Student and First Transit, and came in the wake of a bruising period with the group clashing with some of its investors. FirstGroup has now agreed to return up to £500million to its shareholders at 105 pence per share.

The purchase of Greyhound Lines represents continuing expansion for FlixMobility which serves over 2,500 destinations in 36 countries outside of the US with 400,000 daily connections. Greyhound currently operates to around 2,400 destinations across North America with nearly 16 million passengers each year.

Jochen Engert, founder and chief executive officer of FlixMobility, says: “The continuous expansion of our services through partnerships and acquisitions has always been an integral part of our growth strategy to build our global presence. The acquisition of Greyhound is a major step forward in the US.

“The FlixBus and Greyhound teams share a common vision to make smart, affordable and sustainable mobility accessible to all.”

David Martin, executive chairman, FirstGroup, adds: “The sale of Greyhound to FlixMobility is part of our portfolio rationalisation strategy to refocus FirstGroup on its leading UK public transport businesses.

“As part of FlixMobility, I am confident that Greyhound will be well placed to continue to grow and develop their iconic services for many years to come.”