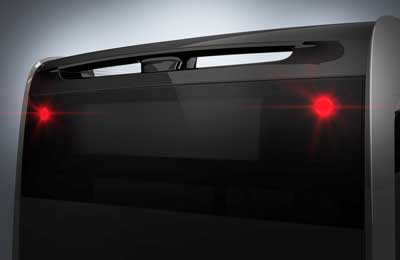 The Finnish city of Lahti, this year’s European Green Capital, will have 18 Citeas LLE Electric in operation by the end of 2021 including the New Generation Citea. This follows an order in October 2020 for VDL Bus & Coach from Koiviston Auto Group which is responsible for public transport in Lahti, located more than 100km north of the capital, Helsinki.

“The most advanced electric bus in Europe will run in the European Green Capital 2021,” says Michael Andersson, technical director, Koiviston Auto Group. “This is a clear and important signal for further electrification of Finnish public transport. Because this new Citea is part of the operation with the Citeas LLE Electric, we can see exactly how this new vehicle compares to the current generation of electric buses from VDL Bus & Coach.”

VDL’s bus concept has been developed entirely based on an electric driveline, ready for a future where zero emission is a matter of course.

The manufacturer will be announcing more details in the coming months and the buses will be on display for the first time during Busworld in Brussels from 9-14 October.

The New Generation Citea will consist of four length variants and will have a composite sidewall construction that VDL says is 15 per cent lighter than a conventional sidewall. The battery pack is integrated into the floor as standard to ensure better weight distribution and stability, and increase passenger capacity.

Since the introduction of the first Citea SLF-120 Electric during the UITP exhibition in 2013 in Geneva, VDL Bus & Coach now has more than 750 operating in ten countries.