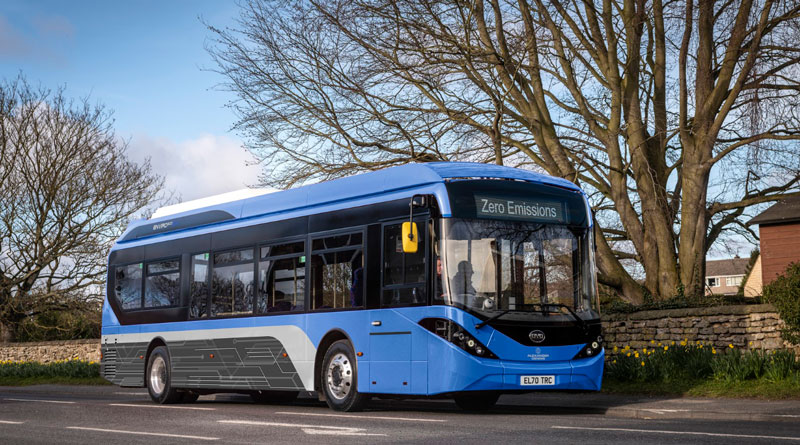 First Glasgow is to take 22 new fully electric buses for the Glasgow city bus network ahead of the UN’s COP26 conference which will be held there in November.

Built at ADL in Falkirk, the new Enviro200EVs  will be 11.6m long and seat up to 40 passengers each, and will be based at the state-of-the-art Caledonia depot in the city.

First Bus says it is focused on becoming a leader in the transition to a low-carbon future and has announced a commitment to operating a zero-emission bus fleet by 2035 as well as pledging not to purchase any new diesel buses after December 2022.

The order follows an earlier project which saw a pair of BYD ADL Enviro200EVs introduced at the start of 2020, giving the company experience in the operation of electric buses.

The 22 new electric vehicles as well as the relevant infrastructure will be completed at the First Glasgow Caledonia depot and in place ready to go on the Glasgow network in plenty of time for the city hosting COP26.

First Glasgow is investing more than £5million alongside an award for £4million as part of Transport Scotland’s Ultra Low Emission Bus Scheme.

Scottish Power Energy Networks will also be providing more than £300,000 in contributions to the project from their Green Economy Fund, which will go toward the electrical infrastructure needed to charge the vehicles at First Glasgow’s Caledonia Depot.

Andrew Jarvis, Managing Director for First Glasgow, says: “We are delighted to have been awarded this funding to help close the gap in price between a diesel and an electric bus. Cleaner air and lower carbon emissions are vitally important to all of us in society and we are determined to play our part in the communities that we serve.

“This is another step on our journey to operating a fully zero carbon emission fleet by 2035 and we are already leading the way with the first commercially-operated electric buses in Glasgow as well as the world’s first double-decker hydrogen buses on the road at our sister company in Aberdeen.”

Paul Davies, ADL president & managing director, adds: “COP26 will be a showcase of Britain’s commitment to fighting climate change, and First’s new electric buses will be a testament to the initiative taken by the transport group to achieve a zero-emission fleet by 2035.

“Assembled in Scotland, these electric buses for Glasgow keep Scottish Government investment in the country to maximise the benefit to our communities, underpinning jobs and skills in clean vehicle technology.”