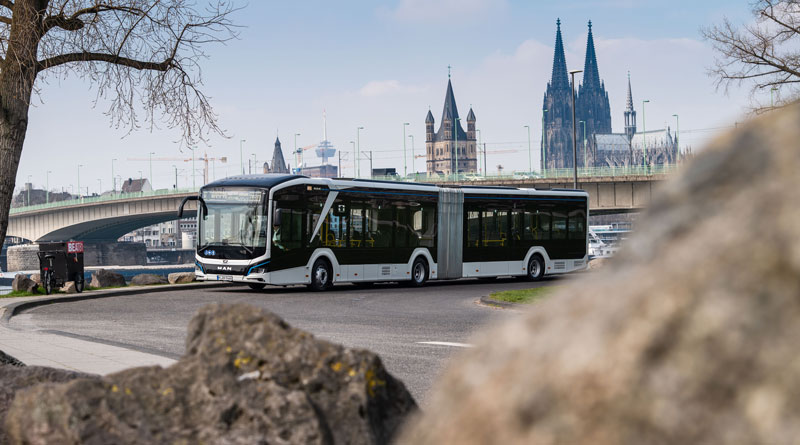 An 18m electric articulated MAN Lion’s City 18 E is now operating in Cologne  on route 127, one of the longest lines in the KVB bus network. “It’s the very first fully-electric articulated bus we’ve delivered to a customer and it’s now showing what it can do on KVB scheduled services in Cologne,” says Rudi Kuchta, head of business unit bus, MAN Truck & Bus.

Stefanie Haaks, Chair of operator KVB, adds: “We have been pursuing a clear strategy of reducing emissions as far as possible. That is why e-mobility is for us the future. We are therefore very delighted about being the first transportation company to use the MAN Lion’s City 18 E on scheduled services and being able to experience the state-of-the-art electric bus.”

Another electric articulated bus will shortly be in operation in Barcelona, making it the second MAN Lion’s City 18 E to be delivered for scheduled services.

“The vehicles for Cologne and Barcelona are part of a field trial,” adds Kuchta. “Working together with transportation companies, we aim to gather extensive experience, which will then be used to continually improve our city buses.”

The first batch of series-built electric artic buses will be going to Nuremberg in an order for VAG Verkehrs-Aktiengesellschaft of 28 artics and 11 Lion’s City 12 Es.