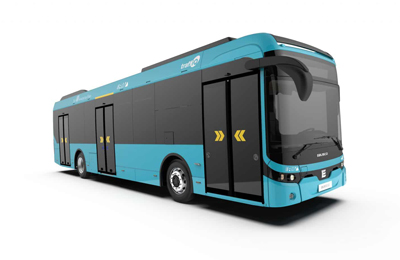 Ebusco has been awarded a five-year international framework agreement with Transdev for the delivery of electric buses.

Under the agreement, Ebusco will be eligible to be a primary supplier to Transdev in France, Germany and the Netherlands where it operates a combined fleet of over 10,500 buses.

In these countries, Ebusco will be able to compete for Transdev orders as one of a limited number of electric bus manufacturers. Ebusco has received two initial requests for quotation under the agreement in France and Germany.

The agreement may be expanded to additional European countries later this year.

Peter Bijvelds, CEO, Ebusco, says: “We are delighted to become one of Transdev’s main partners internationally.

“We share the commitment to drive the transition towards zero emission public transport, in which Transdev is an industry leader.

“Having delivered over 170 buses to Transdev already, this international framework agreement is a clear acknowledgment for Ebusco.”

In 2019, Transdev ordered 156 Ebusco buses for the Amsterdam area, Schiphol Airport and the inner city of Haarlem, which are operated under the Connexxion brand, in what was the largest electric bus order ever in Europe. The final buses under this order are currently being delivered.