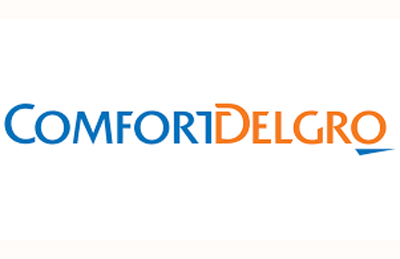 ComfortDelGro Corporation is aiming to be the UK’s second largest intercity coach operator following an £8.75million deal with Stagecoach Group to acquire Stagecoach’s remaining 35 per cent stake in Scottish Citylink Coaches, in addition to Megabus assets and the Falcon coach networks.

Scottish Citylink, which became a 65 per cent-owned subsidiary of ComfortDelGro in 2005, operates 19 long-distance express services within Scotland, linking the cities of Glasgow, Edinburgh, Aberdeen, Dundee, Stirling and Inverness as well as some rural Highland communities.

And as part of the deal, the ComfortDelGro Group will also acquire the marketing, retail and customer service activities of Stagecoach’s Megabus UK coach business and the Falcon coach service which operates in the south west of England.

This deal with ComfortDelGro follows the earlier announcement of a proposed merger between Stagecoach and National Express, and perhaps removes a potential competition constraint to that agreement, given the dominance of NX in the long-distance coach market.

Megabus, which commenced operations in August 2003, offers a long-distance coach network linking 90 locations in England and Wales. The Falcon Service, which was launched in 2016, is the first and only public transport link that connects Plymouth, Exeter, Cullompton, Wellington and Taunton with Bristol Airport and Bristol city centre. It operates 19 journeys a day, seven days a week.

The ComfortDelGro Group, which currently operates 100 inter-city coaches across the UK, will see this number increase to 150 upon completion of the deal which is expected at the end of February 2022 when ComfortDelGro will become the second largest inter-city coach operator in the country with a market share of about 11 per cent.

ComfortDelGro managing director/group CEO Yang Ban Seng, says: “The Scottish Citylink, Megabus and the Falcon Service acquisitions provide us with an excellent platform to further grow our coach business in the UK. We intend to leverage on the experience we have gained in our existing operations to roll out new and innovative services for our passengers in England, Wales and Scotland as we position ourselves for post-COVID recovery.

“We will continue to look at opportunities to grow our businesses in the UK, which remains one of our most significant investment destinations.”

Stagecoach chief executive  Martin Griffiths, adds: “Stagecoach developed the Megabus brand in 2003, as we saw real potential in the long-distance inter-city coach market in the UK. In 2005, our belief in this market saw us create a joint venture with CDG to run the Scottish Citylink business and we further expanded our inter-city coach business with the development of our bespoke Falcon service in the south west of England serving Bristol Airport.

“Through this transaction, Stagecoach ensures that the intercity-coach market in the UK remains robust and competitive and we know that under the ownership of the world-renowned CDG brand, these businesses will continue to thrive.”