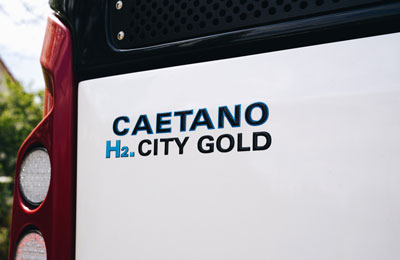 The city of Les Sables d’Olonne has ordered two Caetano H2.City Gold, the hydrogen-powered bus from CaetanoBus with Toyota technology. The three-door H2.City Gold is equipped with a Toyota fuel cell with a nominal power of 60kW, an LTO battery with a capacity of 44kWh from the French supplier Forsee Power, and a Siemens powertrain with a peak power of 180kW.

CaetanoBus launched the H2.City Gold in 2020 and it is in operation in various European cities, with more than 70 units already sold, most of them to the German market. The vehicle is the result of a partnership between Toyota and Caetano, which was the first company in Europe to use the Japanese manufacturer’s fuel cell technology.

Elsewhere in France, Caetano has also won an order for two H2.City Gold units for RATP DEV in La Roche-Sur-Yon.