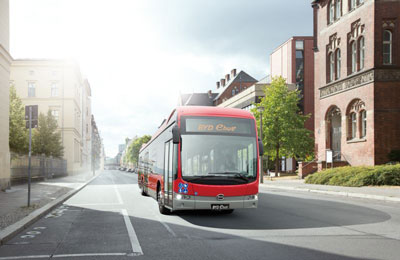 BYD has won an order for two 12-metre eBuses from Transportes Urbanos de Santander which will be the first electric buses for northern Spain’s coastal city of Santander. BYD is now present in towns and cities throughout the Iberian Peninsula, with over 80 eBuses currently in service.

BYD has also received an order for an additional five eBuses from the Coimbra Municipal Transportation Service (SMTUC) in Portugal scheduled for delivery before the end of this year, after eight vehicles were supplied in 2019.

Gema Igual, mayor of Santander says, “Several tests with electric vehicles have been carried out in Santander to evaluate the potential of this technology. We can already say we’re prepared for their introduction and look forward to them joining the fleet.”

“The acquisition of these new eBuses is part of the fleet renewal plan, which will incorporate new buses every year until 2030. We continue to modernise municipal urban transport to achieve services that are increasingly sustainable and committed to the environment with models that provide more advanced technology, contribute to the fight against climate change and improve safety.”