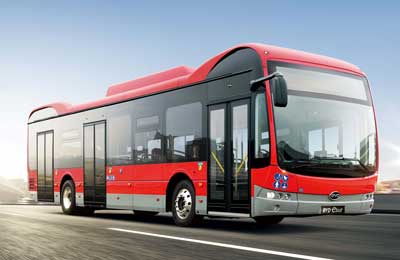 BYD has confirmed its first fleet order in Romania with nine 12m eBuses for the Municipality of Buzău, to be operated by Transbus Buzău in the south-east of the country. The majority of the vehicles will be manufactured at BYD’s production facility in Komárom, in neighbouring Hungary.

This latest order follows deliveries in Germany last summer when 22 eBuses – also 12-metre models – entered service in Gelsenkirchen and Bochum, and also in Hungary with ten eBuses for the city of Pécs.

“We’re delighted to have signed this important contract for the city of Buzău, and accessing European funds to improve the quality of life in our city,” said Buzău mayor Constantin Toma, “We want to improve public transport in Buzău as much as possible. Presently, pollution is a problem due to the very large number of cars. In the last four years, the number of cars has doubled.”

BYD Europe managing director Isbrand Ho, adds: “From Portugal in the west and now to Romania in the east, and also to the north, BYD continues to expand into markets the length and breadth of Europe.

“I am confident this local operation will serve as a template for other Romanian towns and cities to introduce eMobility for their own citizens and to realise the benefits of safe, reliable, comfortable and, above all, clean public transport.”