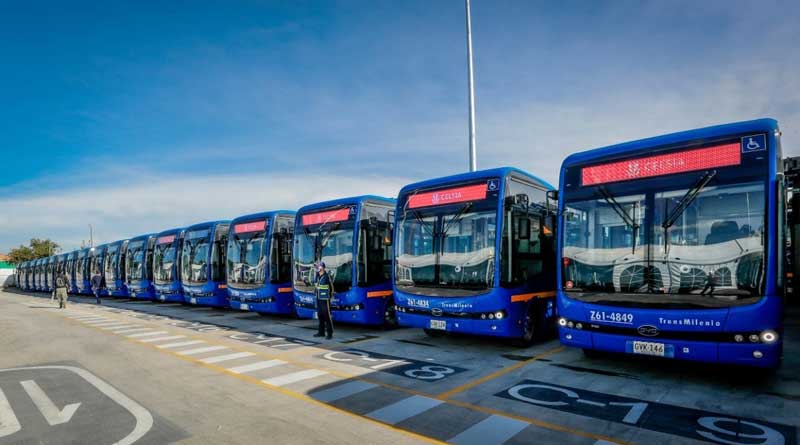 BYD is delivering 470 electric buses to Bogota, the capital of Colombia. This is the country’s largest pure electric bus fleet, and also the largest bus fleet BYD has delivered in the Americas.

The Bogota city government and the Bogota city public transport authority, Transmilenio, held a launch and delivery ceremony for the first batch of 120 buses. This batch of buses will be delivered to nine bus routes across the city on 26 December, and will serve approximately 69,300 passengers along the routes. The remaining 350 units will be put on the other 30 routes during the first quarter of 2021, by which time a total of 302,000 passengers can enjoy a zero-emission bus service.

Also supporting the bus fleet is a charging station located in the Fontibon district of Bogota, which is equipped with 56 double electric chargers with a power output of 150kW.

The 120 buses include 12m and 9m models, with a passenger capacity of 80 and 50 people respectively. They take 1.5 to 2.5 hours to fully charge, with a range that exceeds 300km on a single charge, according to BYD, compared to the likely daily operating mileage of 260km.