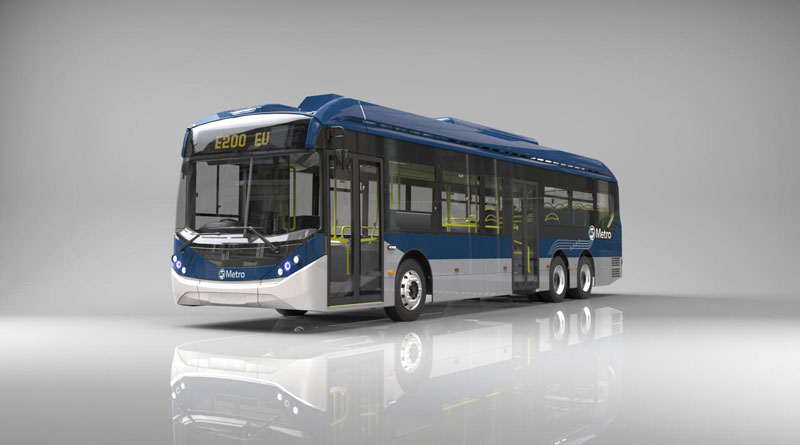 ADL has designed the 12.6m-long BYD ADL Enviro200EV XLBs for the specific requirements of bus operation in New Zealand, and they will be assembled locally in New Zealand by ADL partner Kiwi Bus Builders.

The vehicles achieve a capacity of 78 passengers without requiring an overweight permit.

New Zealand is planning to fully transition its bus fleet to zero emission vehicles by 2035 as part of measures intended to help meet the country’s 2050 carbon neutral target.

“None of this would be possible without the support, vision and investment of Auckland Transport. We are certainly looking forward to working together over the coming years as we work together on providing zero-emissions public transport to the people of Tāmaki Makaurau.”

Transdev New Zealand managing director, Greg Pollock, adds: “Howick & Eastern by Transdev opted to commission ADL to build our second and third electric buses because the company’s factory is in New Zealand. This was a logical decision for us to make, given Transdev’s commitment to New Zealand, and to expanding our operations here, where we already operate metro rail and bus services in both Auckland and Wellington, as well as a transport on demand trial in Auckland.”

Richard Drummond, managing director, Kiwi Bus Builders, says: “Howick & Eastern’s order underlines our plans to support up to 100 local jobs with the assembly of electric buses in partnership with ADL, as we scale-up our production to meet demand from Auckland Transport and elsewhere in New Zealand.”