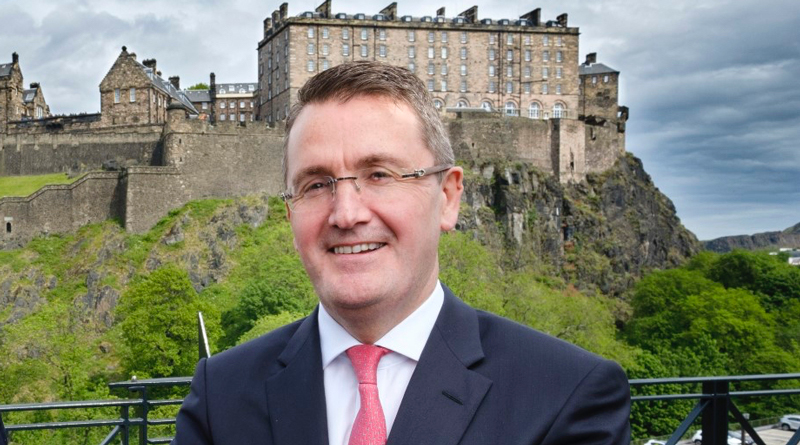 ADL chief executive Colin Robertson is adamant that his proposal for the government to back investment in 10,000 new greener buses is not about putting the begging bowl out for his own business, ADL,  the largest of the three UK bus manufacturers alongside Wrightbus and Optare.

ADL chief executive Colin Robertson is rarely reticent about voicing his opinions on the state of the bus industry. And as he launches a direct plea to the government for support for investment in up to 10,000 new low- and zero-carbon buses over the next four years, he spoke plainly to Steve Rooney about the extent of the crisis in the bus and coach manufacturing sector.

Robertson says that the proposals for investment are on behalf of the country first and foremost, since the wider community would benefit from lower carbon emissions and reduced urban pollution. “The whole country would be the beneficiary,” he says. “Manufacturing businesses need demand to survive. The industry is staring down the barrel of a gun in terms of its future. Even before Covid we know ridership was down and operator margins were under pressure and there was reticence to invest.”

Robertson points out that for the past two years there has been “soft demand”, following a mini boom when operators rushed to meet the deadline for the Disability Discrimination Act. In 2018 and 2019, total UK bus and coach deliveries have been around 2,000, compared to around 3,500 in previous years.

“3,000 to 3,500 buses a year is relatively healthy and allows investment in production and new models,” says Robertson. “But at 2,000 a year we see the average age of vehicle fleets increasing again.

“We still want the country to address carbon emissions, pollution and congestion and for public transport to be seen as a mode of choice.”

Production at ADL’s UK plants is beginning to start up again as the company implements new procedures to keep its workers safe, including staggered break times, social distancing in cafeterias and new process controls.

But Robertson points out that, unlike a volume car manufacturing facility, bus production is a more spacious affair and the changes it needed to make haven’t involved a huge number of adaptations.

“We are drip-feeding people back to test everything out,” he adds. “We do have some customer orders to process, including some London buses at top of the list, but there is limited work in progress.

“We are governed more by demand than physical limitations and distancing.”

Robertson notes that UK bus operators have specific requirements which are much more bespoke than other markets and wonders who would produce such unique buses, including double-decks, if the UK manufacturers were no longer there.

“We have to be realistic; demand drives our business and we are very volume-sensitive,” he says.

Asked what would be the position if the government is not forthcoming with a support package, he replies: “I would fear for the industry’s future. We need something in the coming weeks – it is an existential crisis.”

He remarks that if, for instance, the furlough scheme changes substantially in August, the situation could become critical.

ADL has successfully diversified its customer base over the past decade and now achieves around 30-40 per cent of turnover from exports, with the USA, Asia and Pacific regions being the key markets. “But we can only deliver that because of our core UK business. The UK is still the big deal, representing 65 per cent of turnover. It’s the bedrock of our business.”

While Robertson’s mission is to promote UK manufacturing, the industry’s supply base is of course a global one and ADL has forged a very successful partnership with Chinese manufacturer BYD that has resulted in around 350 electric buses being delivered to UK operators with a further 100 on order before the Covid-19 pandemic struck.

ADL has also begun to investigate hydrogen buses, although it only has one test vehicle and Robertson appears unconvinced that fuel cell technology is the quick-fix that the manufacturing industry needs. His 10,000-green bus target is notably more than three times the figure proposed recently by Wrightbus’ new owner Jo Bamford who is flying the flag for UK-produced hydrogen buses.

While maintaining a long-held policy of being ‘propulsion-agnostic’, Robertson is somewhat sceptical of the speed with which hydrogen could be implemented in the bus market.

“From an emissions point of view, hydrogen makes sense, and although the commercial case is challenging, it may be possible, but the key problem is infrastructure and fuelling, and it needs lots of overnight wind power to create cheap, clean hydrogen.

“I want to keep people in employment this year, next year and the year after. We need to put food on people’s tables this winter.”

While buses are the major part of ADL’s business, and the focus of its latest plea for government support, ADL also owns the only remaining UK coach builder, Scarborough-based Plaxton. It acquired the business in 2007 from its management and has since transformed the Scarborough plant into an integrated part of its bus supply business, in addition to retaining its coach heritage. ADL has also invested significantly in new coach models and maintained a very strong relationship with UK and Irish customers.

But the current crisis has hit the coach sector even harder than bus in many ways, and Robertson acknowledges that it is a very long road back to profitable coach manufacture.

“Given the number of order cancellations and deferrals, if Plaxton wasn’t part of ADL it would have been bankrupt by now,” he admits. “I see 2020 as ‘knackered’ for coach, and little if any recovery in 2021.”

He isn’t giving up on coach just yet though. “Of course, it is possible that if the UK bus business survives, then the last surviving UK coachbuilder can survive too.”

The plea from ADL and other UK bus builders for government support puts them in a long line of business sectors seeking backing to get the UK economy back into a growth mode. The government has already taken unprecedented steps, many at variance with its own ideology, to keep people in employment and maintain the potential for recovery, even if it is likely to be a long and stumbling road.

Ahead of the crisis, of course, the UK government had big plans for investment in new green buses, with a £5billion fund that was designed to seed investment in 4,000 zero-emission buses.

So is that commitment from the government still there? The response to Robertson’s plan should give us a clue.